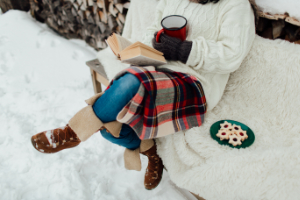 Each year, dozens of spectators flock to Punxsutawney, Pennsylvania to see if a certain groundhog named Punxsutawney Phil will emerge from his burrow and see his shadow. This year, on February 2nd, the famous rodent crawled out from his hole and saw his shadow, predicting there would be six more weeks of winter.

Due to the coronavirus pandemic, this Groundhog’s Day was virtually live-streamed with only a few people in attendance. But that didn’t stop Phil from seeing his shadow and forecasting six more weeks of cold, chilly weather for the country.

According to the Punxsutawney Groundhog Club, “Punxsutawney Phil, the Seer of Seers, the Prognosticator of all Prognosticators,” woke up around 7:25 a.m. by his handler, who is part of the “Inner Circle”, to see whether he could see his shadow or not. After the prediction was made and the groundhog saw his shadow, a message on a scroll was read by the Groundhog Club’s President that said:

It is a beautiful morning this I can see,

With all my fans viewing virtually.

With my faithful followers being safe and secure,

Our tradition of Groundhog Day must endure.

We all have passed through the darkness of night,

When I turn to see, there is a perfect shadow cast of me.

Six more weeks of winter there will be!

From an early age, people around the country learn about Groundhog’s Day – it’s a well-known day of observance around the country. There’s even a pretty big celebration in Western Pennsylvania where all the action takes place. But do you really understand the true legend and tradition behind it?

When German immigrants settled in Pennsylvania around the 19th century, they were known as the Pennsylvania Dutch, and they brought their own traditions and folklore with them to America. One of those being their own take on the legend of Candlemas Day, which originally involved the clergy blessing and distributing candles needed for winter, and quickly evolved into a hedgehog seeing his shadow. However, the Pennsylvania Dutch decided to add a new spin on religious holiday by selecting a groundhog – which was native to the area – as the animal to predict their needs for the winter. Thus, the legend of Groundhog Day began.

According to the Punxsutawney Groundhog Club, the first-ever Groundhog Day that was recognized in the local newspapers was in 1886. Ever since then, people have made their way to Phil’s home in Gobbler’s Knob to see the famous groundhog predict the weather. Today, a group called the inner circle conducts the official proceedings on February 2 in a Pennsylvania Dutch dialect. According to the club, the amount of people attending the celebration continues to climb.

So, what’s with the groundhog seeing his shadow? The legend goes that if the rodent emerges from his hole on a clear day and sees his shadow, he will retreat and there will be six more weeks of wintery weather. Or, if he emerges from his burrow and does not see his shadow, then an early spring is on the horizon.

Punxsutawney Phil, according to NOAA, has accurately predicted the coming of spring roughly 40 percent of the time. And per The Old Farmer’s Almanac, what many don’t realize is that Groundhog Day has roots in astronomy, and the movement of the Earth around the sun. In the Northern Hemisphere, February 2nd is the midpoint between the winter solstice in December and the spring equinox in March.

This year, Punxsutawney Phil saw his shadow and predicted six more weeks of winter. Coincidently, major winter storms have swept across the United States recently – even causing devastating damages in Texas with record low temperatures, ice and snow that left millions without power. Is his prediction coming true?

As Phil’s forecast of six more weeks of wintery weather unfolds across the country, maybe you need a little extra boost of creativity to ease your cabin fever. Maybe you’ve spent way too much time looking at a screen and need some fresh, new ideas.

So here’s a couple ways to get through those last few weeks of chilly, cold temperatures.

Depending on where you live, your home might experience more snow and ice on the ground during the winter than others and it gets hard to leave the house. You stay cooped up in the house and it’s harder to get motivated to do something productive or active. While it’s easy to just “Netflix and chill”, there are better ways to spend your day.

Yes, it’s true – you can enjoy fun activities from the comfort of your own house. Sometimes, it’s a matter of being a little more creative than usual. Here’s a couple of activities that you can try from home:

Activities Outside your Home

If you’re brave enough to endure the cold weather for some fun outdoor activities, then we’ve got some ideas for you. But first, be sure to suit up. Doing winter activities outside your home can be fun for the whole family. You can go sledding, try ice fishing, go skiing, make a warm bonfire to sit around, try to ice skate or simply, just go for a jog around the neighborhood. Some nice, fresh air can do wonders for your mental and physical health. And, if you’re not big on playing in the snow, you could try visiting a museum or taking a walk around the mall.

So, although Punxsutawney Phil saw his shadow near the beginning of February and there still might be a few more weeks of winter to get through, try not to let the weather affect your mood. Instead, try to get encouraged that it’s almost springtime and the warmer weather will be making its way here soon.