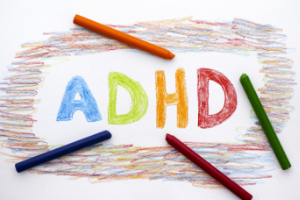 Many parents mistake their children’s ADHD for laziness or lack of motivation. The truth is that sometimes ADHD is easy to recognize or very easy to overlook. Treatments and medications are still evolving today as researchers achieve better understandings of this complex disorder. However, if you have any doubts or questions about your child’s behavior, it is recommended to consult your pediatrician or a health professional first to determine whether or not your child has ADHD or if they are just being kids.

ADHD stands for Attention-Deficit Hyperactive Disorder, a common neurodevelopmental disorder that mostly children are diagnosed with. It‘s characteristics are inattention, or excessive activity and impulsivity that are not appropriate for someone's age. Another common trait that people with this disorder have is the difficulty to control their emotions and/or have problems with executive function.

Executive function is the system that manages the brain. This system is in charge of working memory, flexible thinking, and self-control. Without this set of skills people struggle to work, learn, and manage their daily life making it very hard to:

Although these types of difficulties can cause trouble with learning it does not mean that the person is incapable of intelligence, it just means that the person will have to adjust and work twice as hard to focus on tasks that might seem easy for someone who does not have this condition. But recognizing these difficulties and getting the appropriate help at an early age can help to easily control and manage them later on.

Only a mental-health professional can tell whether or not the symptoms of distractibility, impulsivity, and hyperactivity are severe enough to diagnose it as ADHD. These diagnosis guidelines are located in the fifth edition of the Diagnostic and Statistical Manual of Mental Disorders (DSM-5) and are used specifically to diagnose children ranging from the ages of 4 to 18 years of age and whose behavioral problems are so frequent and severe that they are interfering with their ability to properly function on a daily basis.

As we all know, limited attention spans and difficulty in staying still are more common in young children than in adults. Additionally, boys are more than twice as likely to be diagnosed with ADHD than girls but the ratios vary by type. That’s right, there is more than just one type of ADHD, in fact, there are three different types:

In order to receive a diagnosis of ADHD at an early age, symptoms have to be present for more than six months, they have to be noticed in two or more settings meaning that the behaviour must persists at home as well as in school and/or other public places, and finally the child has to be younger than the age of twelve. The reason why is because ADHD symptoms change and evolve with age and once a child becomes a teenager it is very difficult for a physician to be certain that the symptoms are linked to ADHD or if they are just going through the changes of an usual teenager.

Although ADHD can be diagnosed, there are no specific tests that can assure it. Most of the diagnosis is based on information gathered by parents, teachers and others that have noticed these symptoms persist on a child. Teachers and school staff can provide helpful information to the parents and the doctors to help with the student’s learning problems and can even perform behavioral training, however, they cannot diagnose ADHD or require the student to take medication to attend school.

The causes of ADHD

Many people believe that poor parental discipline, too much sugar, and/or too much time spent on video games causes the condition and that is not at all true. However, ineffective parenting can worsen the way it is expressed, but finding different parenting techniques can definitely help the child manage and better their behavior.

ADHD is a brain-based biological disorder and even though there is not an exact cause, scientists have found that three out of four children with the condition have a relative with the disorder and that it is likely for it to be passed down genetically.

Researchers also suspect that ADHD is caused by a shortage of the creation of dopamine, a type of neurotransmitter that controls the brain’s ability to maintain regular and steady attention. In other words, ADHD is believed to be caused by chemical imbalances and miscommunication of neurons that may struggle to get messages across the brain and/or nervous system. There are other possible factors that are believed to contribute to the development of ADHD, such as being born prematurely, brain injuries/head trauma, and exposure of alcohol and/or tobacco in the utero.

Here are some suggestions and strategies that may help you and your child control and even better their behaviour during this lifelong condition:

Every person’s ADHD affects them in different ways. You can use this information to have a better understanding of your child’s disorder and help them at an early age to either control or focus their impulses in a positive way. Unfortunately, there is no cure for ADHD and it does not just go away as children reach adulthood. All there is to do as a parent is to guide them towards better ways to focus all that energy and help them turn it into something that is going to benefit them in the future.