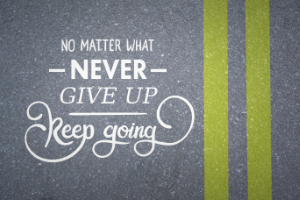 Suicide is a tough topic to discuss with anyone, but at times, completely necessary and may save a life. Each year, several mental health organizations and individuals across the country raise awareness of suicide prevention during the month of September.

Although there are several ways to try to help someone in a time of need, if you or someone that you know is in a crisis, call the toll-free National Suicide Prevention Lifeline at 1-800-273-TALK (8255) where you can speak to a professional. Every call is confidential and is available for anyone 24 hours a day, seven days a week.

It’s also important to point out that although you can always be a caring friend, a trusted coworker or a loving family member, suicidal thoughts can sometimes be more than what the average person can take on, and the assistance of a professional is required. By talking with a licensed professional early on, you can have better success with treatment and helping that person heal. But, as a good friend or however you know them, you can look out for warning signs that could prompt the conversation to start, which can ultimately save a life. So, what do you look for? Is someone just having one bad day or is this a reoccurring thing? We’ll discuss throughout this blog what to look for and what ways are best to help get someone moving in the right direction for help.

Suicide, by definition, is a death caused by self-directed injurious behavior with intent to die as a result of that behavior. And, according to the National Institute of Mental Health, suicide is a major public health concern as it’s among one of the leading causes of death in the United States. In nation-wide surveys, statistics have shown that suicides in some populations are on the rise.

Unfortunately, suicide rates among children and adolescents can be frightening, and typically are a result of having depression, anxiety disorder or other mental illnesses, such as attention deficit disorder, bipolar disorder or child-onset schizophrenia. And it’s common to misconstrue these symptoms as a “phase” the child or teenager might be going through. Although everyone usually goes through some sort of an angry phase, when it lasts longer than a week or two or interferes with their daily functioning, it could be a sign of something more detrimental and you should find professional help.

When looking for signs that children or teens are experiencing suicidal tendencies, you should try to see if there are any changes in behavior. These changes can include changes in appetite, no longer enjoying activities like they used to, changes in sleeping patterns or always feeling tired, especially if these changes are linked to a painful event, loss or change.

Warning signs in children and adolescents to look for include:

Now that you can point out the warning signs of suicidal tendencies, what’s the next step? What are ways that you can help?

Things You Can Do

There are helpful resources such as the National Suicide Prevention Lifeline, which not only seeks out help for individuals that are possibly contemplating suicide, they also try to spread the word about taking actions towards preventing suicides.

Their annual campaign is full of helpful tips such as:

It’s important to take every outreach and cry for help seriously because it could be what ultimately helps save a life. Assure your child, your friend or even your coworkers that there is hope. Let them know that there are people out there that can help, and that you can take immediate action to get those services right away. You should also know that early intervention is key to successful treatment.

You may even want to consider bringing the topic up with your child or loved one as it could result in some surprising conversations. For older children, you can bring up questions, such as: have you thought of suicide? Are you thinking of harming yourself? Do you feel so badly that you have thoughts of dying? Do you wish you could go to sleep and not wake up?

Asking your child or teen if they are thinking about these things will not cause them to become suicidal, and instead, will open up a dialogue to help determine whether they need professional help and how severe it could be. Especially in today’s world with cyber bullying, children are more prone to being exposed at an early age to negative comments, videos and other online social interaction. It’s good to make sure there’s an open communication channel between adults and a child that is seeking help.

As we mentioned in the beginning of this blog, suicide – especially among children and young adults – can be a different topic to confront. It’s a sad, unfortunate thing that some might be too familiar with, but there is always a way to reach out and find help. Taking advantage of the resources out there is key to helping save a life. So the next time that you find yourself or someone you know experiencing negative, life-threatening thoughts, you can call the toll-free National Suicide Prevention Lifeline at 1-800-273-TALK (8255), where every call is confidential and is available for anyone 24 hours a day, seven days a week.

O’ Christmas Tree
Caring for a loved one? You’re not alone
What Can You Do To Prevent Bullying?
National Suicide Prevention Month
When Pennsylvania Schools Open, How will COVID-19 Change the Landscape?